Who wants to be a hero?

Mr. Anzai, when were your glory days? During the nationals?

This here now… is mine.

Since I was a kid, I’ve always daydreamed. My daydreams are almost never “realistic”. I rarely imagine having an awesome English lesson or taking the perfect photograph. More often, I imagine being a superhero. That’s right, a superhero. Even in my thirties, I haven’t given up dreaming crazy dreams.

In fact, I don’t think I’m the only one that daydreams about being a hero. I think everybody does, deep down.

Most of my daydreams aren’t fully articulated narratives. My daydreams are usually just the big, hero moments. Hero moments are those moments in a story when the story faces a tipping point and the hero does something heroic. 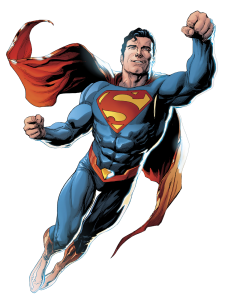 Think about Superman. He has a bunch of super powers, but one power that creates hero moments is his enhanced sense of hearing. Superman can hear anything. If his mom is on the other side of the world and cries out his name, he can hear her and then fly to help her.

Of course, that probably isn’t Superman’s most popular superpower (the x-ray vision might be the most popular). But let me ask you a question:

Don’t you ever wish that someone would cry out YOUR name for help?

I don’t think that’s a crazy or childish daydream to have.

Everybody wants their hero moment.

In fact, I almost stopped watching it because I wasn’t connecting to the story. I probably had to watch about 20 or 30 episodes before I met a real hero moment in the story that spoke to me on a deep level. 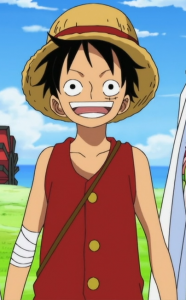 Luffy is the main character of the story. He has a superpower: his body can stretch a lot thanks to a magical fruit he ate. 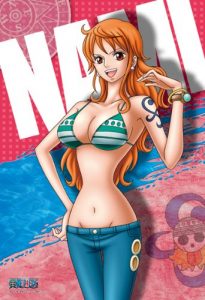 Luffy meets a woman named Nami. Nami is a thief. In the beginning, she allies herself with Luffy because he’s good at punching the hell out of rich pirates. Luffy has no interest in money, so Nami is free to take the booty.

Who would like her? She’s just a greedy leech.

When Luffy and his small crew reach her home island, they find out why she is a thief. Her home is dominated by a crew of pirates. Nami’s mother died protecting her from the pirates. After shooting her, they offered to leave the island under one condition: Nami has to buy it back from them. If she pays them enough money, they’ll leave.

So she began working for them. She draws maps for them. On the side, she steals from other people. She hides her wealth on the island, hoping to buy her people’s freedom someday.

Luffy and crew want to help, but she refuses. She wants to handle the situation herself.

Luffy and the others aren’t sure what to do.

Then, the pirates discover that she is hiding money from them. They find and steal all of the wealth she had acquired over the years.

When she finds out, she confronts them. They deny it. Then they roar with laughter and remind her that they aren’t leaving until she pays them.

She is taken to her breaking point. Years of risking her life and working for her mother’s killers are gone. As she kneels on the ground, stabbing at the tattoo the pirates drew on her shoulder, Luffy reaches out and grabs her hand.

Her frustration is overwhelming. Go away! This is none of your business! Go away! Go away!

Then, in her lowest moment, when all hope is lost, she looks up at Luffy with tears in her eyes. 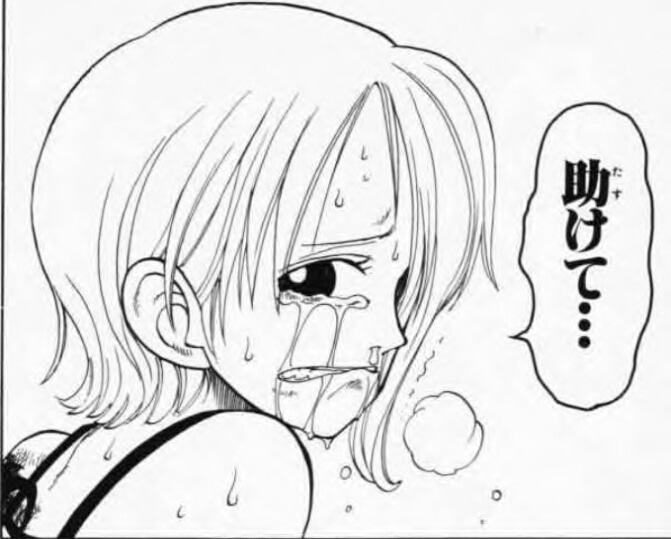 THAT is a hero moment. And Luffy didn’t need Superman’s super-hearing.

And what man DOESN’T want to experience that?

Because I’m feeling pumped up after that story, let me tell you another one from a different series. This time, however, this is not a superhero story. It’s a bit more down-to-Earth. 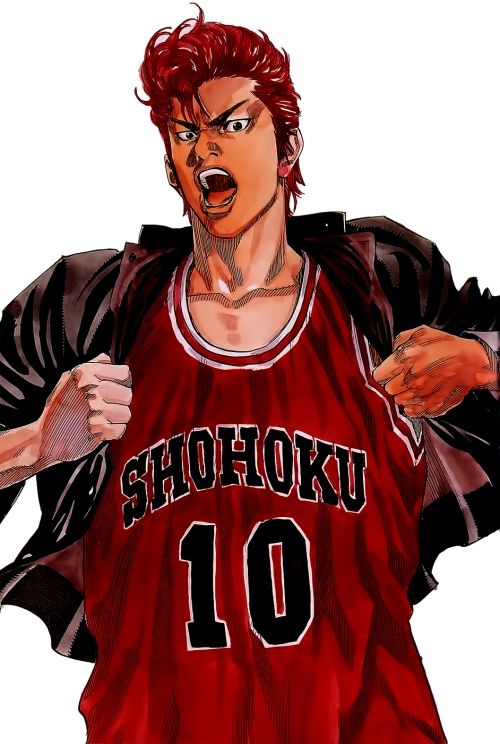 Sakuragi Hanamichi is the main character of a 90’s high school basketball comic book series called Slam Dunk. He’s a bit of a misfit. Japanese people call his kind Yankees. He gets in fights at school and outside of school. Doesn’t pay attention in class, that sort of thing.

But, he’s really tall. He catches the eye of a nice high school girl. She invites him to join the basketball team. Her brother is the captain of the team.

Hanamichi, known for his fire-red hair and bad attitude, doesn’t seem to fit in at first. He doesn’t know a thing about basketball. He wants to fight.

But that girl is always watching, so he stays on his best behavior. Most of the time.

In a brief moment of amateur brilliance, Hanamichi manages to slam dunk over the captain, known by his teammates as “the gorilla”. I mean, he’s a big guy, but Hanamichi just dunks on him like a pro.

In private conversations, the gorilla’s sister says that Hanamichi might be the team’s messiah. Maybe he’ll lead them to the nationals?

But, before Hanamichi can play, first he needs to learn. Who does he learn from? Coach Anzai. 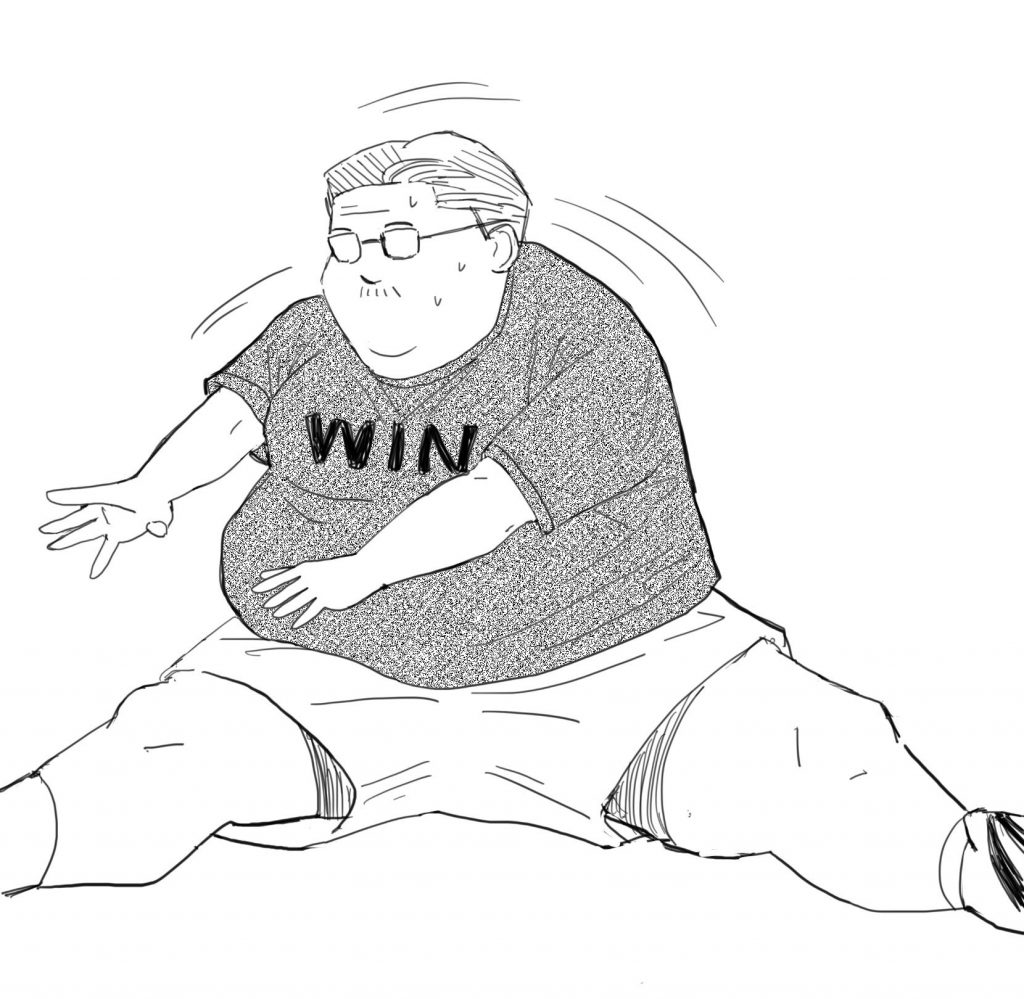 He was known in his early years as the White Devil for his strict coaching and temper. These days, he’s more like a cute teddy bear, but still effective.

As Hanamichi learns, he manages to get off the bench and join in real games. He is even useful from time to time.

As the year progresses, Hanamichi’s strength and reputation grows. His team shoots, dribbles, and dunks through fire and brimstone and sweaty dudes. They make it to the national tournament as a relatively unknown team.

Their first match in the national championship is against the long-reigning champions. The gorilla captain has been waiting a long time to face them. The battle on the court is intense. Everybody fights for their lives.

Hanamichi is on fire. The packed stadium shouts the champion’s names. Then they shout Hanamichi’s name.

Then in a wild attempt to save the ball from going out of bounds, Hanamichi jumps out, throws the ball back into the court, and falls onto the announcer’s table. In the fall, he injures his back.

But he keeps playing.

He can’t keep up. While everybody runs to one side of the court, he is still stuck on the other side, hurting and out of breath. His team and the crowd watch in agony.

Coach Anzai has a choice: leave Hanamichi in, or switch him out when the team needs him the most.

He keeps him in. But, Hanamichi just can’t keep up. Eventually, Coach Anzai subs Hanamichi.

His team starts falling behind.

As Hanamichi is recovering on the court side, Anzai tells Hanamichi that he knew immediately that Hanamichi was hurt, but he couldn’t sub him… he didn’t want to sub him.

You keep getting better and better.

I just wanted to watch you play.

Desiring attention is a primal human instinct. We especially want the attention of the people that are important to us.

Who doesn’t want to feel powerful?

In real life, we rarely get many chances to feel powerful.

People we love and respect rarely call on us for help in a time of desperation (probably because we are fortunate to almost never experience such times).

Few of us have fans screaming our name, who look on to see what amazing thing we’ll do next.

We simply don’t have many opportunities to dig deep inside ourselves and discover what kind of man or monster possesses us.

But, when I have the chance, I like to give other people their hero moment.

Some years ago, I had a student whom I trained for a speech contest. He was a genius. While practicing, he could mimic any sound I made. The next time we met, he would remember what I taught him the last time. That went on for about a month or so. It was like I was slowly uploading my pronunciation abilities into him.

Like Coach Anzai, I was excited to see what he could do.

On the first round of the competition, I sat in a small room filled with the families and teachers of other competitors. I listened to other speeches, waiting patiently for my guy’s turn. Some of the other students were good, but they weren’t on my guy’s level.

But, to make sure there was no doubt, I wanted to give him an extra push.

When his name was called, he got up out of his chair and stepped in front of the audience. Then, I smiled.

That’s it. I smiled.

Nerves can get anybody. I knew everybody else in the room was just staring, like they were waiting to hear the results of their mother’s brain surgery. Nobody could cheer. Just 20 or so people watching and listening to everything he did. Some of them were hoping he would make a big mistake so that their kid could win.

So I purposefully smiled through his whole speech. Ignore the piercing laser beams coming from the audience. Ignore the drums playing in your chest. You got this.

He won that round easily.

While we waited for the next and final round, he told me my smile helped him relax.

After that competition, he went to the nationals in Tokyo. Unfortunately, I couldn’t go with him. I felt bad that I couldn’t cheer him on when he took the big stage. I wouldn’t get to see what he could do.

So I wrote him a letter.

In the letter, I told him he was a monster. He was powerful. But, he was going to be surrounded by other monsters. Prepare to stand on the battlefield.

I wanted to give him his hero moment, like Anzai gave Hanamichi.

Later, he thanked me. He said that he read the letter over and over again before the competition. It filled his heart with courage.

Sometimes we have a chance to prepare for our hero moment. Other times, it takes us by surprise.

Sometimes, your mother sends you a pained message in the morning telling you she misses you. She wishes her only son wasn’t so far away. She wants to help, but money is tight. She dreams that some day soon, she can hold her grandchildren in her arms.

Hero moments can sneak up on you.

On days like those, you’ll be happy you never stopped dreaming.